We can not become the best without enjoying the game

Tanktastic3D is a popular tank simulator for mobile platforms iOS and Android, developed by G.H.O.R. Corporation. Geographically, the company is located in Las Vegas, but most technical departments are located in Ukraine. The game is dynamically developing by developers: new features are regularly added, the catalog of tanks and helicopters is being added, new game chips are being introduced.

The site developed by us is, firstly, a large-scale online presentation of the game, and secondly — a kind of bridge in the network between the simulator and its users. So, registration in the game and on the site are common, in the personal account on the site the user can view the statistics of his game, a set of tanks, clans and information about them, as well as replenish the account in the game using a mass of online payment systems. 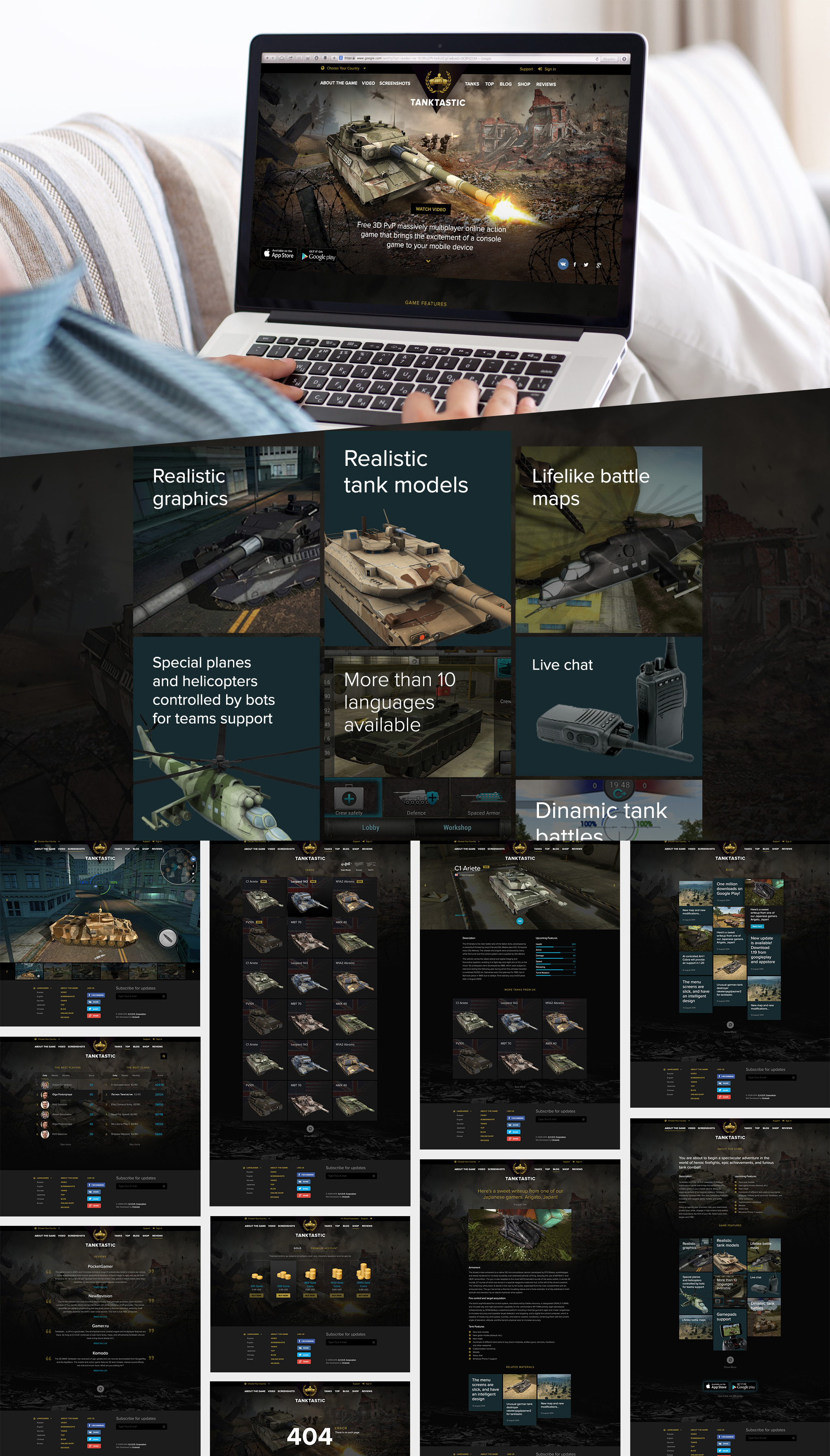 Would You like to discuss
a new Website? a new Brand? a Promotion of the Project? a mobile App?